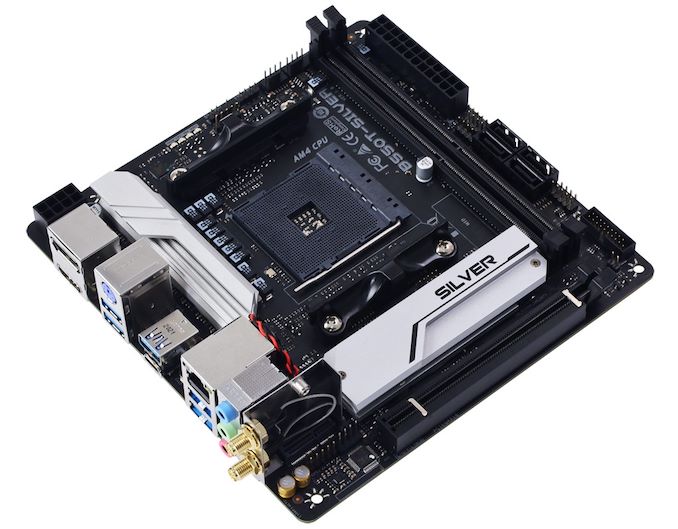 Biostar has unveiled its latest mini-ITX motherboard for the AMD B550 chipset, the B550T-Silver, which is designed for use with AMD's Ryzen 5000 and Ryzen 3000 processors. The small-sized board combines a simple silver and black aesthetic with decent features including PCIe 4.0 support, Wi-Fi 6, 2.5 GbE networking, and one PCIe 4.0 x4 M.2 slot.

With both NVIDIA and AMD moving quickly away from multi-graphics card setups to single card powerhouses, the mini-ITX form factor has become as potent as as it's ever been for gaming systems. Biostar's latest board, in turn, ticks a lot of boxes for users looking for a reasonably priced mini-ITX motherboard that can harness the power of AMD's Zen 3 processors to create a potent and pocket-sized gaming system/media center with the AMD's cheaper Ryzen chips.

From what we've seen, no X570 or B550 boards currently list support for the latest Ryzen 5000G APUs, which we expect to change once AMD rolls them out onto the wider market. 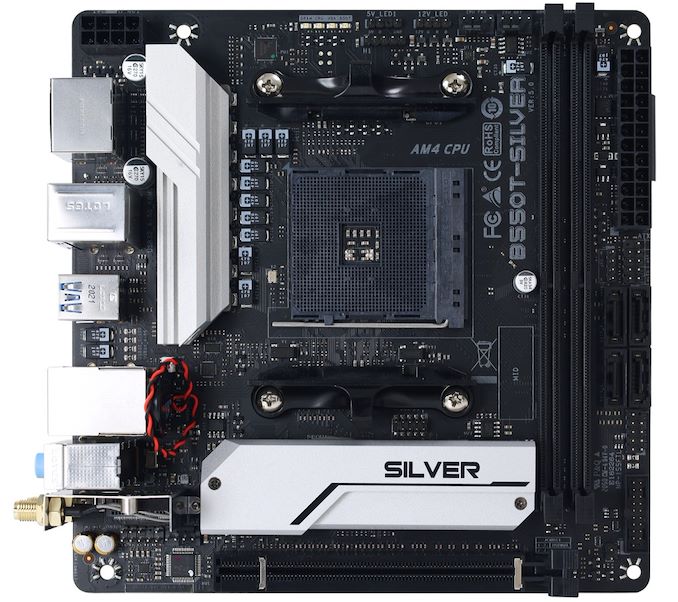 The Biostar B550T-Silver combines a basic and elegant black and silver color scheme, with plenty of features to be benefited from. There's one full-length PCIe 4.0 x16 slot, with a single PCIe 4.0 x4 M.2 slot and four straight-angled SATA ports, including support for RAID 0, 1, and 10 arrays. On the right-hand side of the board are two memory slots, which can support 64 GB of RAM at speeds up to DDR4-4933. Biostar isn't openly advertising the power delivery system, but we can see it uses one 8-pin 12 V ATX input to provide power to the CPU.

Biostar includes one USB 3.2 G2 Type-C, one USB 3.2 G2 Type-A, and four USB 3.2 G1 Type-A ports on the rear panel. There's an unspecified Wi-Fi 6 interface for wireless networking, and a Realtek RTL8125B 2.5 GbE controller. The board's integrated audio consists of three 3.5 mm audio jacks powered by a Realtek ALC897 HD audio codec. Users looking to build a mini-ITX media system can benefit from the integrated graphics on the Ryzen 4000 APUs through one HDMI 2.1 and a single DisplayPort video output pairing. Finishing off the rear panel is a PS/2 combo keyboard and mouse port.

At the time of writing, we don't currently have a price for the Biostar B550T-Silver mini-ITX motherboard or when it is expected to hit retail. However, we do expect it to be reasonably priced compared directly to some of the other mini-ITX B550 models.

The difference between FedEx and US...

The pyramid-shaped UFO was probably...